If you haven’t noticed, I’m having a moment. I just adore the two flavors. And cooking them up together in my kitchen usually heralds the upcoming sweetheart holiday. It’s hard to believe that Valentine’s Day is approaching so quickly!

This cake ticks all the boxes for chocolate cake lovers. With a perfect moist texture, deep chocolate flavor, and buttercream that’s not too sweet, it’s easy to enjoy a big slice. For me, cherry chip will always hold a bit of childhood nostalgia. I wanted this cake reflect that, and perhaps preserve those feelings a little. So I chose retro colors and frilly bakery-style borders for décor. I almost added an old school to the center. Maybe next time. (Or for my birthday this year.)

Coffee and chocolate, the power couple.

Begin this recipe with bar of semisweet baking chocolate and espresso powder dissolved in hot water. The coffee flavor is undetectable in the baked cake. And it enhances the chocolate so wonderfully, I urge you to use it. It adds depth of flavor and intensity to the chocolate. However, if you simply cannot tolerate caffeine, you can use hot water without the espresso powder.

Whisk together the dry ingredients in a big bowl. This includes more chocolate in the form of dark cocoa powder. Cocoa powder is notorious for clumping and it’s even prone to ball up with static electricity if stored in plastic. So, sift the cocoa powder for extra insurance.

Whip the eggs on high speed until they are thick, pale, and foamy just like the picture above. This will take about 3 minutes. Then, the sour cream, oil, vanilla extract, and the cooled liquid chocolate-coffee mixture gets mixed into the eggs. Next, the dry ingredients are mixed in, and the batter is ready.

Pour the batter into three 9-inch round cake pans. Expect it to be thin and pourable going into the pans. Because this cake has a high liquid ratio, the cakes won’t crown much. Therefore, you may not even need to level them after baking.

Swiss meringue buttercream has such a silky texture and it’s not quite as sweet as American buttercream. If you’ve never made it before, then you’re in luck! I have a video to share. I made it years ago, but just recycled it into a new video. It shows you the basics of getting this buttercream right. A very young Biscuit pug also makes an appearance – his muzzle is grey now but he’s just as handsome.

To make the frilly borders on the cake, remove some of the plain white frosting to piping bags fitted with decorator tips. Also tint a bowl of frosting pink, and another green. I’ll be sure to specify amounts, and the makers and numbers of each tip in the recipe.

A flurry of cherry chips!

The cake’s design was unplanned, but I knew there should be some kind of bakery-style border on top. Instead of round swirls, I piped ovals.

Apply a frilly buttercream skirt with two colors of buttercream and two sizes of the same style piping tip.

At the last minute, I decided to triple up on the top swirls, with a layer of white and pink buttercream on top of the green.

The cherry on top is – exactly that! Pat them dry on paper towels before garnishing the cake. If there was any question, now there’s no mistaking this is a true Chocolate Cake.

This is the chocolate cake to make when you want to show off a little. I’ve made and eaten a lot of chocolate cakes and this one – this chocolate sponge recipe – is my favorite of them all. The layers are baked low and slow, at 300°F for about 50 minutes. The batter is very liquid going into the pan, and baking it at a low temp. for a longer time ensures that not all of that moisture escapes as steam. It retains enough to make the cake so soft and moist. 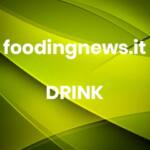